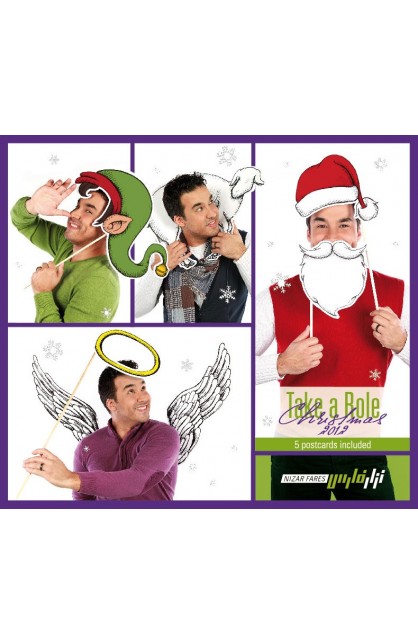 Calculate Delivery Cost
More info
5 postcards included!
"Christmas 2012? Take a Role"; a title for an artwork that has been under preparations since 2006, but finally has been closed in 2012, by a Broadway style Masterpiece of the Traditional Welsh Song: "Deck the Halls". This Audio CD includes 16 songs & medleys, in 5 languages, some are well known Christmas Carols, others from Syriac Maronite Tradition or even new songs specially composed for this artwork as mentioned. The Music goes from Classical Orchestration (played by London Philharmonic Orchestra) to the Big band Jazz Style, where our Authentic & New Arabic Musical Arrangements take part as well...
This Artwork celebrates the greatness of the mystery of godliness, for God has been manifested in the flesh.