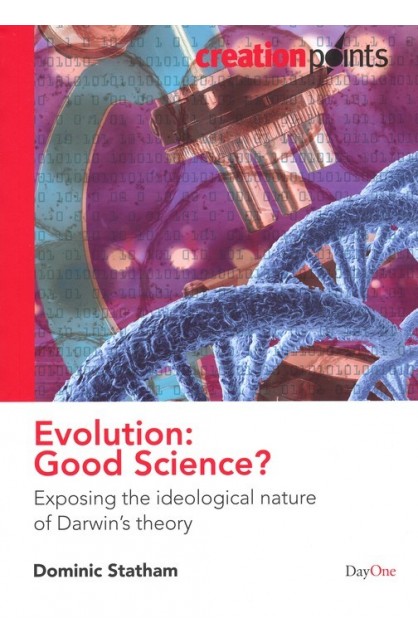 Darwin's theory of evolution is often presented as scientifically proven fact-in schools, universities and by the media. Belief in the biblical act of creation has been relegated to the domain of myth, and many have now been led to understand that it has no place in real science. Few are aware, however, that there are very serious problems with Darwin's theory. This is because students and the general public are only told about the evidence that appears to support it; little is said about the many scientific observations that seriously undermine it.

Using plain English, Dominic Statham explains the main arguments presented by evolutionists in support of their theory and shows that these have major flaws. He argues that much of the scientific data can actually be seen to be consistent with a biblical account of creation and history. He concludes that, rather than being scientifically driven, the theory of evolution is driven by a desire to justify the belief that life on earth arose by natural processes rather than by the hand of God. Finally, the reader is encouraged to hold fast to the Bible as the true revelation of God, his creation and his dealings with mankind.